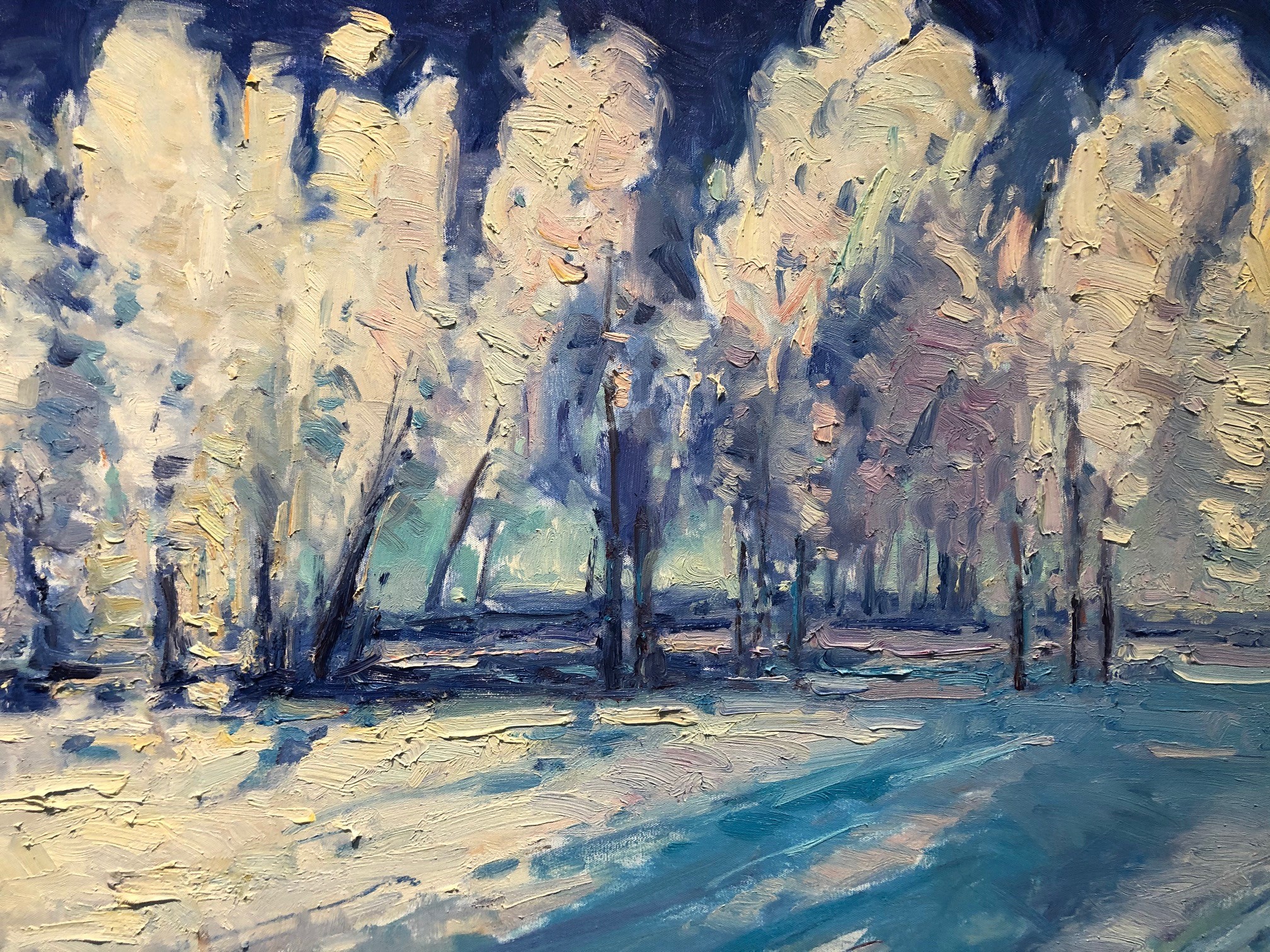 Special thanks to Marc LeVarn and the Vail International Gallery

For this exhibition, I called on Vail International gallerist, Marc LeVarn, who specializes in the work of Russian artists. When I first approached Marc, I thought I wanted to compare Russian artists with American artists who have been influenced by the Russians; however, the longer we talked, it seemed the more compelling idea would be to look at how artists respond to political upheaval.

In our gallery I am often asked why we feature Russian art.  There are various ways to answer this question, but most replies can be summarized thusly; Look at the paintings!

Russian painters face barriers to acceptance that artists from other countries do not. Artists who lived through the dehumanizing environment of the Soviet Union experienced a kind of double jeopardy: having lived through the oppression of the Soviet system their art has been, ironically, tainted by association. Stereotypes of artists chained to easels, slavishly painting portraits of Stalin and Lenin are half-true, but hard to overcome.

The reality was that many quality Russian artists chose to retreat into a private inner life expressed through landscapes and portraits, timeless motifs into which they safely poured emotion and spirituality. These paintings are understated, which make them easy to overlook and group together generically. The colors are subdued, and their scale is often modest, yet they reward careful attention and continue to reveal deeper truths the longer one lingers in front of them. Part of that deeper truth is that Russian art shows the humanity that persisted despite Soviet oppression and censorship.

For those of us who grew up during the last decades of the cold war, there is a certain fascination to discovering the work of Soviet artists and connecting with them as individuals. When I think about the context in which the works displayed here at the PACE center were created, I find myself even more impressed by these Soviet painters, the names of which have become familiar to a contemporary generation of Russian, American, and European landscape artists who continue to find inspiration in their work.

Along with Russian artists, you will find works by German artist, Ulrich Gleiter and American artist, Don Sahli. Ulrich was trained at the Repin Academy in Saint Petersburg, Russia. The strong brushwork and expressionistic style belies the turmoil he has lived through as a contemporary artist who has lived and worked in Russia, made friends and lost friends due to illness and strife unknown to countries outside the oppressive communist regime.

Sahli apprenticed with Russian artist Sergei Bongart and trained in the Russian School of Colorism. Through his work and teaching, Sahli hopes to cultivate and keep alive the Russian tradition of expression, thereby continuing the legacy of such noteworthy ex-pat Russians: Nicholai Fechin, Leon Gaspard, Bongart and others who have influenced generations of American painters.

For more information about these artists, please contact Marc LeVarn at Vail International Gallery, 970-476-2525 or go online to www.VailGallery.com.