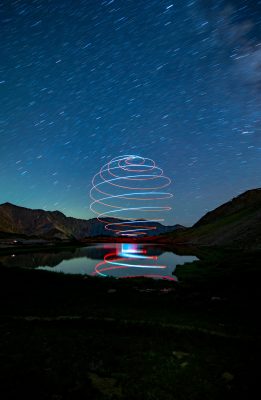 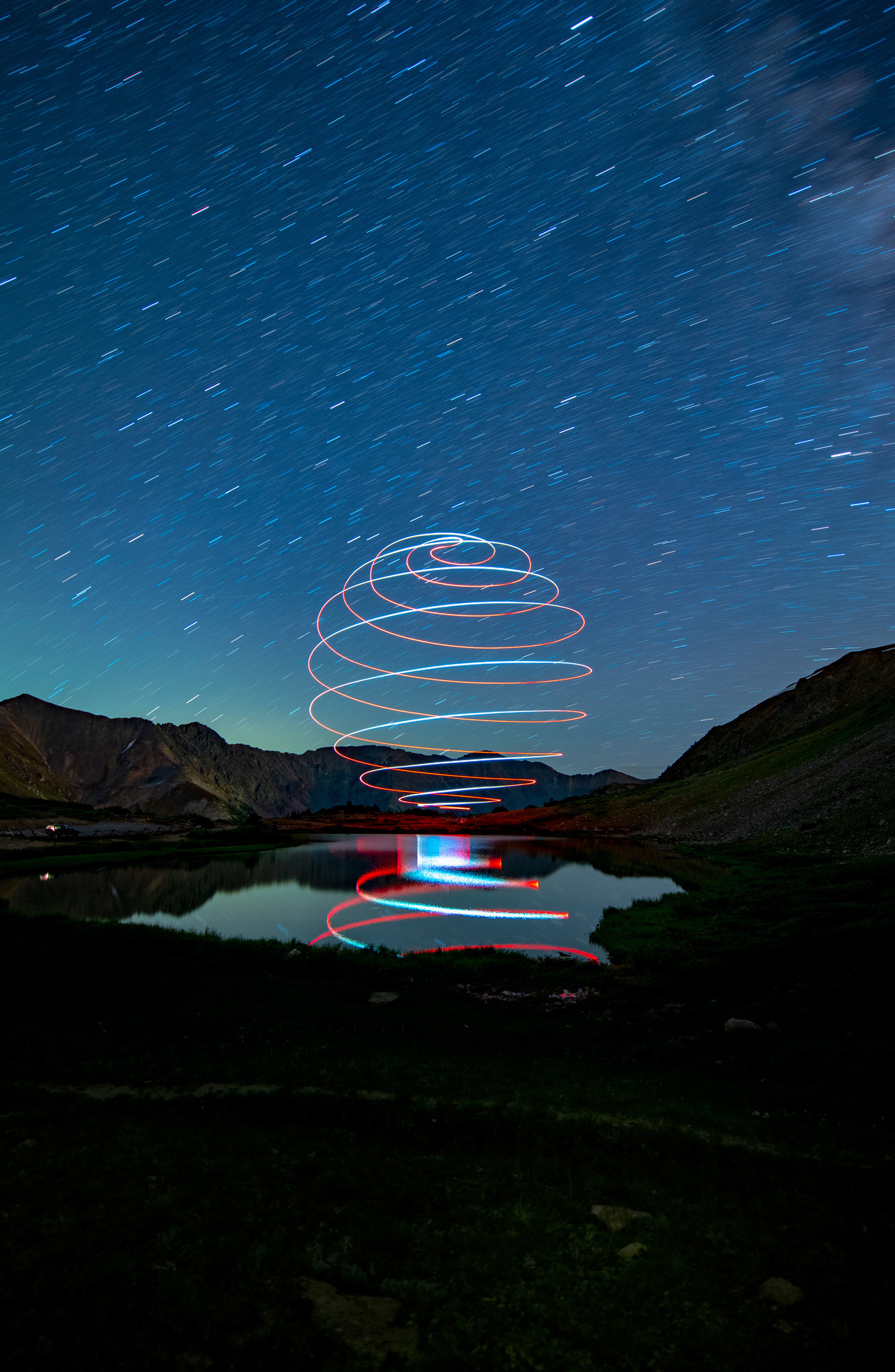 Director/animator Mark Bellncula leverages skills and tools of digital filmmaking and visual effects to consider his theory that everything is both natural and supernatural. He wraps his work in the patina of ritual and alchemy. Best known for his pioneering, era-defining, motion design work, most notably his award winning rebrand for Comedy Central, he harnesses the chaotic forces of nature through binary digital realms.

Lume Machina, a performance based, time-dilated exercise in precision aerial robotics, converts the massive neon-like 3D line data structures he creates in a visual effects program, into flight envelope data using proprietary code called La Machine. On moonless nights, beyond the edge of civilization, as high as 12,000’, battling the wind and rain, Mark launches his LED equipped UAS for its autonomous performance. What begins as digital and ends as digital exists, for one short moment, in real life as an ephemeral time-space sculpture.

Because his work is often confused as visual effect composites, and believed to be fake, Mark takes great effort to “embed” the object within the surrounding environment by tactfully placing reflective surfaces within the frame. Further, he attempts to capture performances within a single exposure.

His work is sculpture, design, typography, temporal graffiti, and both digital and analog photography. Due to nature’s collaborative effect, each performance, by what is essentially a flying robot engulfed in moving air, can never be replicated. These “documents” of an autonomous aerial robotics performance set loose in the chaotic, uncontrollable analog wild, are endlessly repeatable in the digital realm, yet endlessly variable in the analogue realm. 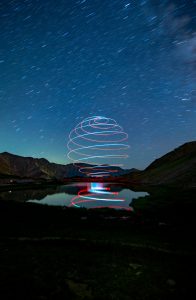