Diego Romero is a third generation Cochiti Pueblo artist who specializes in pottery as well as printmaking. After art school in California, he attended the Institute of American Indian Arts, Santa Fe. After one year at AIAI, he enrolled at the Otis Parsons School of Design, LA, where he earned a BFA. He went on to earn an MFA from the University of California, LA.

One of the early innovators in Pueblo pottery since the late 1980’s, his forms are nearly consistent, based on the Mimbres pottery of around 1100. His graphic central imagery is a “modern” version of the intricately painted bowl and are painted in a graphic art style. Diego has won numerous awards for his pottery at events such as Santa Fe Indian Market, and his pieces can be found in museums worldwide, including the New York Metropolitan Museum of Art, the Foundation Cartier pour l’Art Contemporain of Paris France, the Peabody Essex Museum of Salem Mass., the Denver Art Museum, the Heard Museum of Phoenix Arizona, the British Museum, and the Scottish National Museum. He is also featured in books such as “Free Spirit,” “NDN Art” and “Changing Hands.”

Diego is also a frequent collaborator with the print shop, Black Rock Editions, in Santa Fe, where he continues to explore themes of mythology and pop culture. 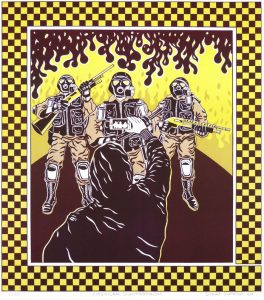 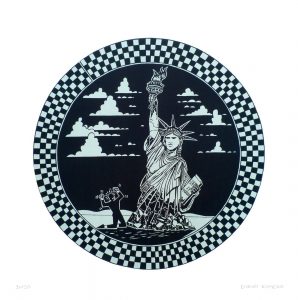 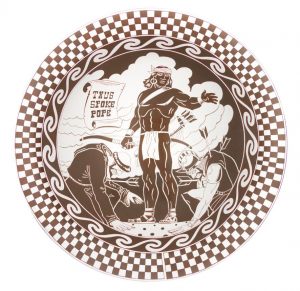 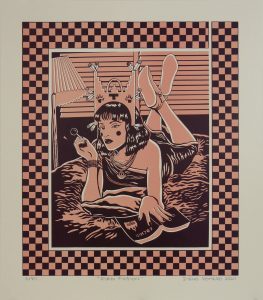